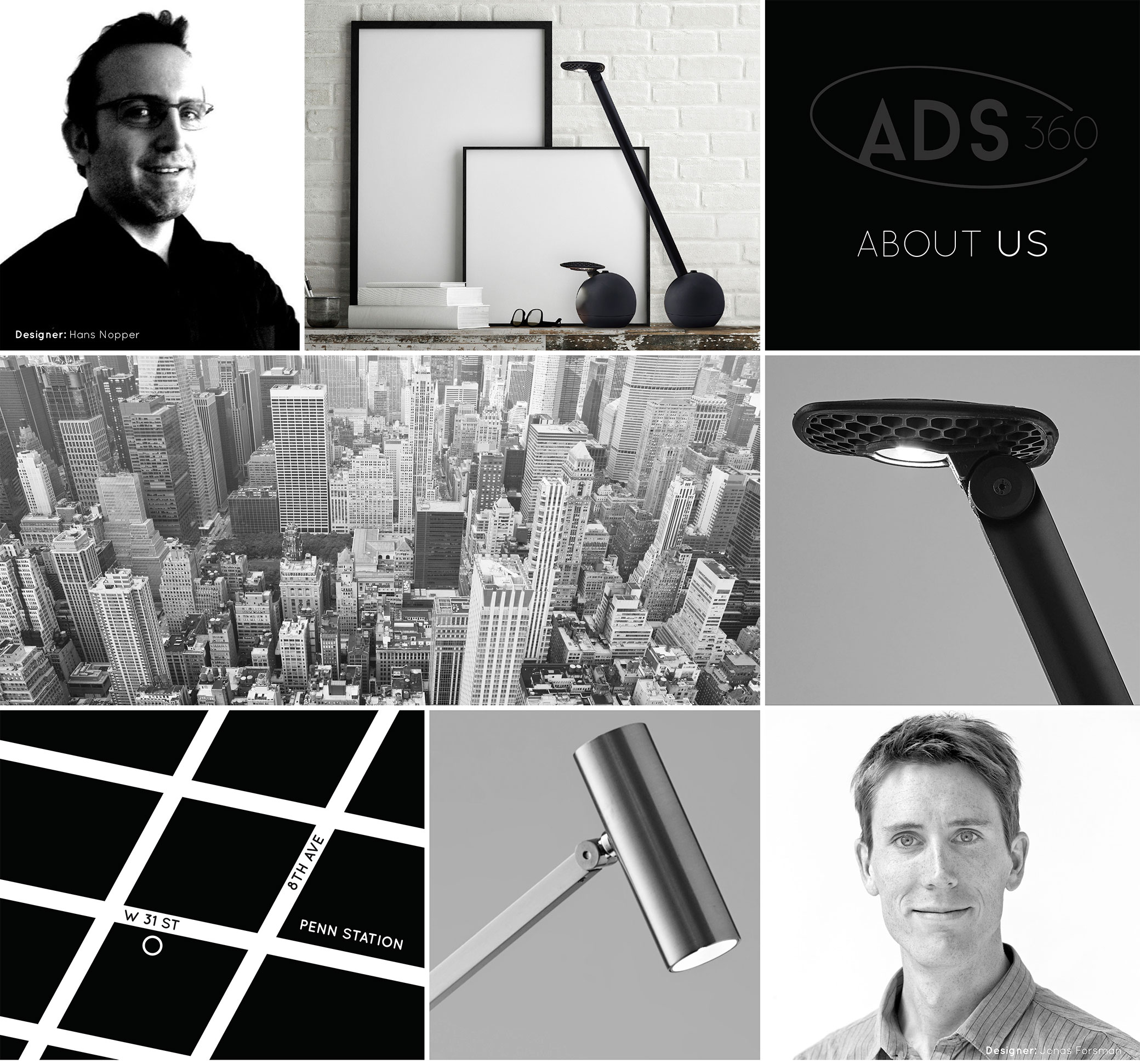 ADS: “Adesso Design Studio”. 360 represents our constant search for design talent from 360° degrees around the world, and our street address which is 360 W. 31st St in the heart of New York City.

ADS360 is a brand that represents a fusion between Adesso’s strengths and the diverse skill set of designers from 360° degrees around the world. Thus far, our current designer roster includes talent from Sweden, Germany, Argentina, and London. Our roster of talented designers will continue to grow and diversify.

ADS360 is not only a brand, but a story. It all began with Adesso’s passion in LED and the desire to build an LED task lamp with arm movement smoother than the prestigious Italian lighting brands. This was a critical step in Adesso’s ultimate goal which is to build the greatest LED task line in the world. Starting right now with ADS360, accomplishing that goal is now within reach. While our LED’s are already top notch in the industry, with lumen output, color temperature and heat sinking that already rival or surpass the high- end competition – we have now mastered the biggest stumbling block of the past… the perfect fluid arm movement.

We found this perfect movement in Milan, 2012 with Jonas Forsman’s Crane lamp collection. As Lee is constantly traveling the world to find inspiration for our Adesso brand, he has come across a handful of exceptional design talents that are excited to find a great partner in the USA to capitalize on their unique creativity.

Cooperation between the Adesso team and the ADS360 designers has led to an assortment of upscale collections that will surpass expectations in design, style, technicality, and functionality. With our 20 years of experience in the low to mid-price marketplace with the Adesso brand, the ADS360 team has knowledge of consumer values, tastes and preferences that is unrivaled in the upscale lighting market. Application of this knowledge to a luxury market with elevated design is what gives ADS360 its edge.